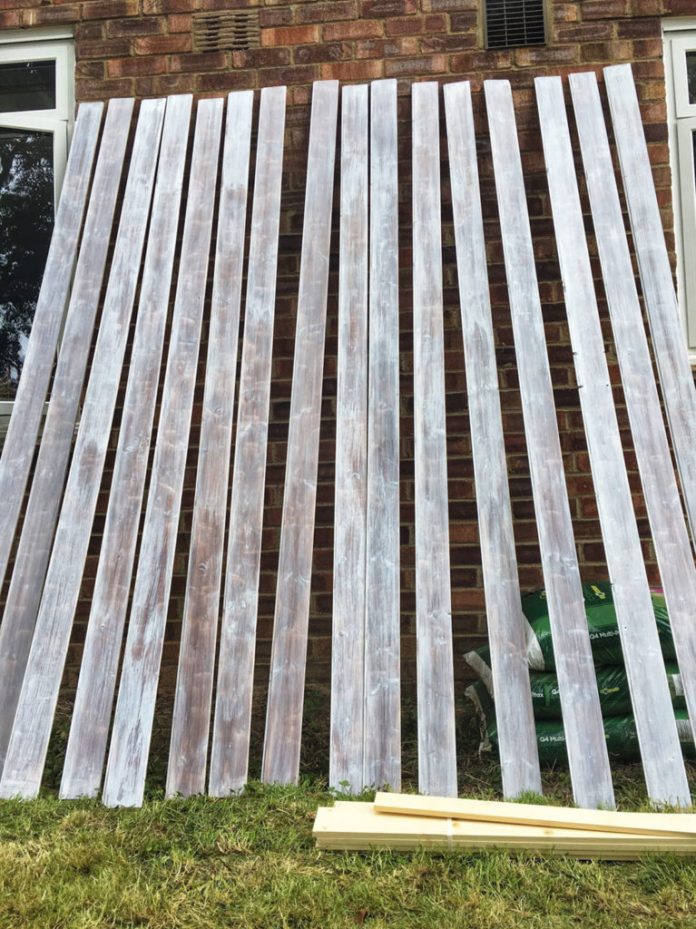 (who learned the hard way!)

I’m sure any of you who have built your own campervan as a complete novice will have experienced the confused awe in the eyes of friends and family when you try explain the process of taking a panel van from boring to buzzing. It’s quite tempting to smile smugly and bask in the praise for your project until it slowly dawns on you that a) having a plan does not equal having practical skills and b) you will be doing NOTHING ELSE in your free time until the blinking thing has reached some sort of usable state.

Thankfully I was not attempting this conversion alone – Mr E was a determined and enthusiastic co-converter. Neither of us has a professional life that equips us for a project so diverse and complicated, so we have been winging it all the way. Knowing nothing did not stop us though and I would urge it not to stop you either! However, here are some of the lessons we have learned along the way:

1. Everything takes a long time when you don’t know what you’re doing.

I’m sure if you’re thinking about a conversion you will have been researching everything like crazy. This is essential (and fun!). But there is also a lot of ongoing research required to be able to complete what seem like straightforward tasks – for us this mostly involved having to stop and trawl through YouTube videos until we found a decent explanation of how to do whatever it was. So brilliant, you’ve found the perfect tutorial for fitting your fan. Do you have the tools to do it? (quick trip to Screwfix) Do you know how to use those tools safely? (more YouTube and/or scrutinisation of the manual) What’s the best type of jigsaw blade to use? (Google, Google, Google) How do you seal it to make it watertight? All these questions take time to answer and this will repeat ad infinitum for nearly everything involved in the conversion. Which brings me on to…

For some reason I continually forget the first lesson. Maybe it’s a coping mechanism to keep me going, but I instantly block out the process once a task is complete. Once we had put in our insulation and electrics and ply-ed everything it felt like we had achieved so much that we must be nearly finished. I was conveniently forgetting all the interior elements we still had to build and that we’d have to learn how to do all that too. Incidentally, I have now come to the conclusion that a van conversion is never finished – there are always bits that can be improved upon – so it’s probably safer to assume you are not nearly finished if the thought ever crosses your mind!

3. A lot of the hard work gets covered up to be appreciated only by you.

Our insulation was a thing of beauty. The vapour barrier was perfection, expertly fashioned around the wheel arches, not one pesky chink for moisture to permeate. And no one will ever see it or think about it or realise the amount of time and effort it took. Same goes for the electrical system. When other people admire your van all of the hidden elements will be taken for granted, leaving you to nostalgically eye the leftover roll of Reflectix in the corner and remember the good times.

4. The right tools are worth the investment.

It might seem obvious to use the right tool for the job, but when you’re already spending considerable sums on materials it seems wise to make do with tools you have. I have lost count of the number of times we’ve eventually ended up buying equipment and saying ‘I wish we’d had this months ago’. Save yourself time and agro and get the saw/jig/router you’re trying to do without. (This is obviously budget-dependent and you can certainly make do for the most part, as we have. It’s just a lot less frustrating if you can get hold of the tools you need. You may also be luckier than us and know handy people you can borrow from!)

I love a good plan. I like working out as many of the potential pitfalls in advance as I can. But being so rigid that you don’t allow the organic creative process to happen is counterproductive. Unless you’re a van conversion expert you will work out better layouts for things, better ways to build something, just better ideas as you go along. Don’t fight them – it’s worth the effort to rethink what you’re doing if you have a brainwave and very satisfying to improve upon your own work.

6. Camping in the van during the conversion process is a wise move.

From the night we spent staying awake in shifts to mind the leaks coming through the roof to a chilly, pre-heater week in the mountains, we have stayed in the van at several points during the build. Just spending time in there is a great focus for the mind and has led to some of those brainwaves I already mentioned. It also gave us a feel for how we use the space and what is going to be a useful addition or a major annoyance. We still haven’t fitted our shower despite allocating space for it because we’ve managed perfectly well without it. I was well aware of the Great Shower Debate but I didn’t really believe the cries of the no-shower advocates until I’d tried it for myself. There is only so much you can predict when you’ve never owned a camper van before, so find out as much as you can about what YOU need while there is still opportunity to make adjustments.

7. You will make lots of friends if you spend every spare minute outside your house.

A nice little bonus of having to complete the conversion on our driveway is that we’ve met lots of interested neighbours and passers by. Other camper owners and converters (complete strangers, often!) stop to say hi and swap tips. This is the biggest lesson we’ve learnt – there is a fantastic community of people and their camper vans and having a van yourself is a great big magnet for them. A lot of the enjoyment of using our van comes from sharing the experience with others and their enthusiasm for the lifestyle. And luckily, that doesn’t involve special tools or expensive materials.

I believe that anything worth achieving comes with hard work and a good bit of frustration – van conversion is definitely in that category! But the satisfaction of making your dream into a reality with your own two hands is like nothing else. To all my fellow novice van-converters: good luck and happy converting!

Want to convert a campervan but need some help? Come along to Camp Quirky and attend our van conversion workshops. Don’t want to tackle a van build yourself? Buy a campervan already built or commission a converter.

The post 7 lessons from a rookie van converter appeared first on Quirky Campers.

The Nomadic Movement: The Most Epic Camping Spot In Central America

The best swimming holes in Australia

The Nomadic Movement: Tiny House Living In Boquete Panama // a...

Exploring London in a Camper Van