My husband and I started our van life journey about a year and a half ago. Since then we’ve spent the night in 44 different states. We started with spring in the south, driving through the heat of Texas, Louisiana and New Mexico. As summer hit, we made our way north through the Dakotas and the Great Lakes states.

In the fall we moseyed down the east coast to check out the changing leaves and see the colonial cities. Winter led us back south through Florida and Georgia; and now that it’s springtime again we find ourselves rolling through Arizona, California, Nevada and Utah.

When we first started van life, most of the people we looked up to and followed on social media were scattered across the west coast. We found it a little strange that we never saw anyone east or in the Midwest. Now that we’ve been everywhere, I can see why. Both coasts have their ups and downs, but there are a number of differences. And in our humble opinion, van life in the west is just easier.

We’re originally from Arizona and to be honest, bugs are almost non-existent there. It’s something we hadn’t even considered when we left on our road trip. The east coast vastly outnumbers the west coast in terms of the little flying annoyances. We were completely underprepared without bug nets, bug spray or citronella candles.

Bugs are simply something you don’t have to worry about much in the west unless you’re hanging out in the PNW. Not only are mosquitos a problem on the east coast, but ticks are rampant. If you have an exploratory dog like us, you’re going to be doing frequent tick checks.

Humidity between the east coast and the west coast are incomparable. The west coast tends to have a dry heat, and overall you sweat less. Not only is this more comfortable, but you also won’t feel the need to shower as often.

After coming from the east coast, the west coast feel extremely spread out (unless you’re hanging out in LA). There is SO much space you’ll never have a lack of campsites or privacy. BLM land is abundant and you can park pretty much anywhere. There’s less mud to get stuck in and generally better cell coverage because of the lack of trees.

On the east coast, we only ran into a handful of van lifers. On the west coast, they’re around every corner. If you’re someone who likes to meet new people and spend the night around a campfire with new friends, the west coast is where you’ll be more likely to these folks. 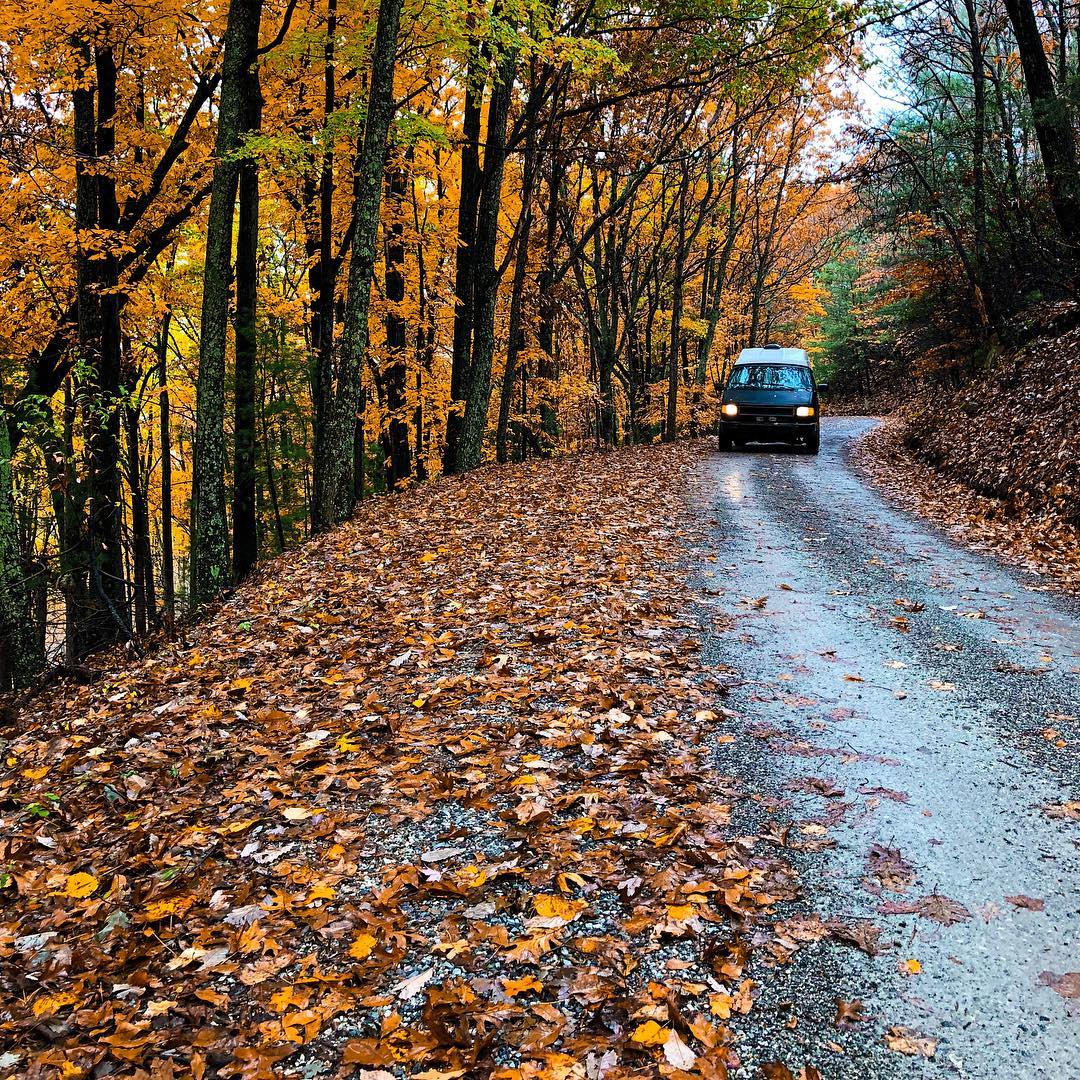 There’s no match when it comes to having major cities such as Boston, Philadelphia, DC and New York all within a few hours’ drive. If you’ve never taken the time to visit and east coast city, van life is the perfect opportunity to get out there. There’s and endless amount of free and paid entertainment that can be had in any one of these areas.

We may be biased because we visited in the fall, but the east coast has astonishingly beautiful scenery. Especially if you can get there when the leaves change colors! Not only do the trees and trails look different from the west, but so do the buildings.

The east coast overall was built much earlier than the west. Because of this, walking through some parts such as Salem, Massachusetts or Savanah, Georgia are like stepping back in time. It’s hard to get the feel of the French influence or old port cities on the west coast.

Less Tourists In The Parks

The west coast is known for its amazing parks like Yosemite, Zion and Arches. The problem with that is everyone wants to go there. We’ve found the parks in the east coast to be generally less crowded. Hiking around upstate New York, Vermont and Maine we were able to spend quite a bit of time by ourselves and it was fun to be able to walk up the trails without having to stand in line.

Campsites were something we thought would be more difficult to find on the east coast. We were pleasantly surprised to find that there were more than enough campsites. Don’t let the idea of finding camping hold you back from heading east!

The east coast and the west coast both have their perks. You’re going to get a different set of experiences no matter where you choose to go. If you have the time and the budget, we highly recommend visiting both! The best part about having a home on wheels is the ability to travel. If you’re just getting started and still in the research phase of van life, check out our website for more tips and tricks on living the van life.

The post The Differences Between #vanlife On The East Coast vs. The West Coast (United States) appeared first on Outbound Living.

The Singletrack Sampler: 5 Things I LOVE About My Custom Camper Van Build

The Differences Between #vanlife On The East Coast vs. The West Coast (United States)

Living The Van Life: Winter Storm In a Van – Living...

Is the CN Tower Edge walk (Toronto Tower walk) worth it?...

Gold Coast to Byron Bay in a campervan